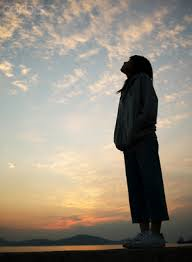 Why does He feel cold? I read His words and they don’t seem alive. If He loves me as much as I want to believe He does, why does He not express it in a way that I can grasp?
Perhaps I have been confused about the way He loves, and this story is the best way I can describe my faulty perceptions over the years.

Once upon a time, there was a kind and rich old man who regularly condescended to help others in need, and this man represents the way I percieved God. 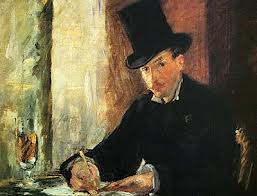 This man helped many people, and one of them was a young woman. She represents me.
The man gave her gifts that allowed her to be free from poverty, shame, and guilt. He gave her enough for all her needs and promised she should never lack anything. Even though he had done so much for her, she had never met him. He sent her cheques by mail and wrote formal letters to her cautioning her on how she should spend his gifts.
He was rich and busy. Helping people was what he did, and the young woman was just one of the many. Yet to the woman, he was everything. She owed him her life, her happiness, her all. Every time she ate a meal, slept in her warm bed, or kissed her family goodnight, he was on her mind. She thought: “I am so blessed. he is good to me, and it is because of him that I am happy.”
Over time this woman developed a longing to be part of the man’s world. She wanted to be with him always, to do good things for him and make him happy because he had given her so much. She imagined that perhaps he was consumed by tender and gentle feelings for her, and she hoped it was so for quite some time. But then she reread his letters and saw a cold, faraway, general kind of compassion, and she realized she had been foolish to think that he could love her in any other way. He cared for her only out of moral conviction, but his heart was not captured by her. He was not filled with wonder or joy in any particular way because of her. He didn’t have any desire to be personally connected with her, and he would in fact deem that to be highly innappropriate, because he was rich, and high in class, and she was poor, and just one out of hundreds.
So the woman proceeded to spend her gifts carelessly, because the man didn’t care either way.

This is often how I see God, as someone who is kind to me only out of moral conviction, and He doesn’t love me deeply.
As I was pondering this and struggling through it, I prayed that God would help me to understand the way He loves in a deeper way. I wasn’t sure where to turn in the scripture, but I remembered a teacher at Bible School who told us dozens of times: “Matthew, Mark, Luke and John! If you don’ t know what to read, read the gospels! Matthew, Mark, Luke and John!” So I turned to Matthew and picked up where I had left off the last time I tried to read through the gospels. I read one verse. It was about the crucifixion of Christ, when He was hanging on the cross just moments before he died.
“Now from the sixth hour until the ninth hour there was darkness over all the land.”
Matthew 27:45

I was about to keep reading when a thought seemed to strike me out of nowhere:

God feels. He painted the sky black because his son was dying.
Perhaps my perception of Him has been wrong, and He’s not far away or coldly indifferent, but He is right here with us in our messy world.
He changed the sky from light to dark when His son was breathing His last. He painted the sky to express His grief and allowed the world to see His sorrow.

God feels. He expressed what was in His heart through colour, shade, and mood. He wanted people to know what was going on inside of Him, and He presented the world with something they couldn’t ignore: darkness in the middle of the day.

At midnight I was sitting on my bed and pondering this God of ours, who loves us deeply and wants to express His love to us. He is not far away, He is right here, loving us with an undying love.

Here is a song that by Misty Edwards, and it perfectly illustrates what God has been teaching me about His love. Click on the link below to watch:)